Dear Senator Bernie Sanders,
For approximately the last 28 years, I have been(http://palacazgrandesartigos.blogspot.com.br/2014/08/curriculum-vitae.html) studying outside the university circles with material support from my savings and no doubt from the books in my library 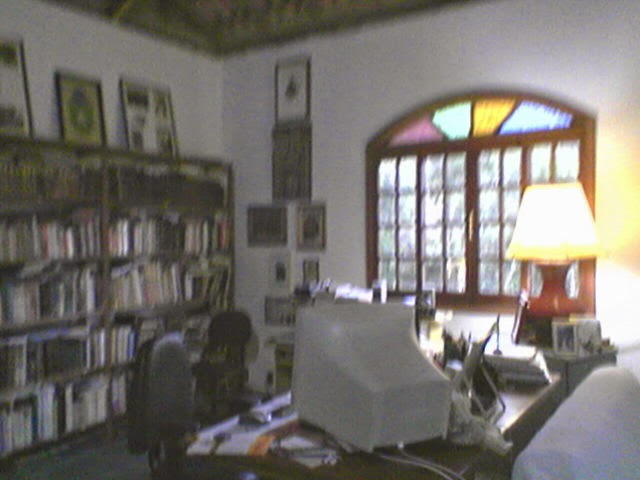 as well as often on the Internet, a Scientific Philosophy by means of the perceptions which the August Comte philosopher registered through the Natural Philosophical Laws of the Sciences: Mathematics, Astronomy, Physics, Chemistry, Biology, Positive Sociology(http://livrospositivistas.blogspot.com.br/2014/06/a-ciencia-sociologia-positiva.html) and Positive Moral(http://livrospositivistas.blogspot.com.br/2014/05/moral-positiva-pierre-laffitte-21-ffev.html ;http://www.doutrinadahumanidade.com/livros/ciencia_moral_positiva_r22.pdf) ; as well as the Fifteen Natural Universal Philosophical Laws which he perceived and coded as Supreme Fatality or First Philosophy, which are common to the previously listed seven sciences. http://sccbesme-humanidade.blogspot.com.br/2013/01/em-teste-sinopse-das-15-leis-naturais.html   http://livrospositivistas.blogspot.com.br/2015/06/manobre-voce-mesmo-seu-destino.html   http://www.doutrinadahumanidade.com/livros/augusto_comte_para_todos_viii.pdf

In this Doctrine to be considered as sciences, the criterion was adopted that the Natural Philosophical Laws that govern them have to possess seven simultaneous attributes: Real, Useful, Certain, Precise, Organic, Relative and Social. For this reason, Economics is considered here as a technological application of the Positive Sociology Science, as Topography, Accounting, and Prime Numbers are of the Mathematical Science, and as Mechanics is of Physic. On the other hand, DUTIES and Rights Laws, Feeling Education, Politics, and Medicine are part of Good Art, and will never be sciences.

I have dedicated myself on my own, with no support from any organ or any private or state institution, striving in these last years to collaborate with great National and International deeds, with the objective of doing the Social and Moral Good of the Societies which inhabit Mother Earth, through analysis and scientific suggestions.

On my website www.doutrinadahumanidade.com/ and on the Blogs ( http://palacazgrandesartigos.blogspot.com.br/2014/04/listagem-dos-temas-contidos-no-blog.html ) where you may find a series of e-mails, Articles, and Books as well as a succinct explanation of this Philosophy / Politics / Scientific Doctrine.

The contents of the pages are free of charge.

The sites were conceived to honor through the Doctrine of Humanity the United States of America Population and never only the Politicians, the Public Officials of the USA State Department and the CFR.

In 2010, the Political Regime activities, after having studied 26 Constitutions of various countries, I have dedicated myself to the study and search for new ideas and suggestions of a scientific nature, which by persuasion and knowledge may contribute to the emergence of a  new Political Regime capable of bringing to countries with a cultural level similar to that prevailing in Brazil conditions which are beneficial to our reaching the Capitalist Democracy in the near future, since in these countries, as in Brazil, there still predominates a Mercantilist Democracy and sometimes a Mercantilist - Judiciary Dictatorship.

This Political Regime proposed – Societocratic Republican – may be applied with the due adjustments to the countries in the Group of 20 (G-20). http://sccbesme-humanidade.blogspot.com/2018/11/marketing-da-palestra-sobre-o-novo.html  Not everything can be applied now, but the target will serve to be pursued.

The advantage which this political regime would bring, besides other actions, would be that of educating human feelings and scientifically instructing the populations by natural laws, with a view to Policed Capitalism/ Societocratic Regime , bringing about the reduction of world conflicts in which many US soldiers are killed, bravely fighting terrorists and despot dictators, in other parts of the world, in order to maintain the operational market structure, in freedom and with responsibility for the Globalized Capitalist System.

In the meantime, I present to you among others the work of social and moral nature that I attended here in Brazil over the Internet, where I contribute to the fight that the Obama administration faced in order to benefit from these 32 million Americans did not have healthcare insurance. (Later when you appeared as candidate in the Primaries, contending with Hillary Clinton, I have been accompanying and collaborating in your struggle and initially reminding you of this article
http://palacazgrandesartigos.blogspot.com.br/2016/01/bernie-sanders-will-be-first-usa.html
and   others that will be listed at the end of this letter.)

The collaboration took place in 2010, where I  participated  to help the American Population and consequently to generate the harmony of Social Well-Being of Financial Globalization with focusing on the Positive Moral notion, in Wall Street Reform, which may be verified in my letter to President Barack Obama and  their answers on this topic:

“What is Morally Wrong cannot be Politically Right”.

Please, you don’t advance only with actions creating the strongest consumer protections, but complemented legally by vigorous penalties. There is a need to educate the US citizens, mainly the economists/financiers and lawyers, with the objective to minimize the selfishness and the expansion of Altruism, through Human Feeling Education.  We have, however, no time to analyze this deficiency, due to the short time available; the penalties have to be heavy to avoid chaos, and consequently the destruction of the society of the Great US Nation; like that promoted by the devastating financial crisis – 2009, which, if not for the existence of a Democrat like you trying to defend us, would probably have us living in a great economic and financial hecatomb.

All civilizations possess a society that is maintained by a “tripod". The "equilibrium", i.e., the Social Harmony of this society depends on the "vector" greatness of these "three legs"; the first leg represents the Moral Capital; the second, the Material Capital ($) and finally the third, the Scientific Intellectual Capital. The unbalance in the greatness of one of these “three vectors” can cause the implosion of a civilization. The larger fragility of US Society is in the Moral Capital. It is said that it is necessary to strengthen this “foot of the tripod”.

Figuratively, when "the Entropy of the Moral Capital of the American Society” reaches zero, it "will implode", creating a great "black hole” and it will swallow all of us.

A scientific analysis of the Moral Capital was already presented more than 160 years ago by August Comte, through a Science, known as Theoretical Positive Moral Science or Science of the Construction or Scientific Psychology.
To collaborate with suggestions in the mid and long-term, I enclose a philosophic letter that I sent you, soon after your inauguration - Suggestion of New Ideas, at the Domestic Level, for the Administration of President Barack Obama.
I expect that some topics of this Letter will be useful for macro Positive Morality notions of in order for us to avoid a great future fall, not only for the US but for all countries which participate in the Financial Globalization, the command of which is yours.

For the moment, to replace the number of large Banks by a great number of small banks, can initially elevate the operational cost, but will certainly elevate the competition among them. But they will need inspection and control by the STATE, to avoid Cartels and Dumping among them, through the Consumer Financial Protection Agency - CFPA and by the US Government Accountability Office– US GAO
When “money speaks”, the Truth remains silent!  With the passing of time, it has been is proven that this is not true.

The love for the homeland and for the nation has to be above
the love for profit and for money.

TO LIVE FOR SOMEBODY ELSE - TO LIVE WITHOUT LYING.

Mr. President, you are moving and shaking a great “African hornet hive".

It is very dangerous!
Look what happened with President John F. Kennedy. Please, be careful!
You deserve eight years of government. The Democrats have to possess a Leader to make Progressive CHANGES.
Take care, often the Statesman’s prize is Death.  So please:

“To Conserve, Improving”
Your safety has to be doubled!
I am no futurist; I am scientifically a scholar, based on natural philosophical laws in Sociology and Moral Positive Sciences.
Expecting to hear from you, I wish you

Health, with respect and fraternity

PS: TO LIVE FOR SOMEBODY ELSE: This is not to give your property or money to others, it is to promote the well-being of others so that your well-being emerges with that of the others.  There is a need for competition, but it has to be managed, i.e., moderated, because it can lead us to practice cruelty. We have to subordinate the personality to the sociability. Capitalism has to be watched and advised, with freedom of the press, with elevated responsibility. Otherwise, it destroys itself. The Wall Street Lobbyist actions are morally wrong………

Since 2011, when SCCBESME HUMANIDADE was created, to this date failed to capture any value and I have "banked financially" all alone, with the help of some friends; which will in future be paid for work performed.

I wish to place on record that SCCBESME HUMANIDADE, has an agreement signed with PAYPAL to capture DONATION from anywhere in the world, for any amount over $ 1,500, provided that the projects to be carried out by SCCBESME HUMANIDADE with third partnership, focusing on the Social Good and Moral of the countries populations where the USA has interest. The Donations transfers from Foreign DONATION to Brazil are FREE from paying of Income Tax.

By objectifying PARTNERSHIPS, each runs its risk and responsibility.

The SCCBESME HUMANIDADE is independent and it is not linked to any political party, in Brazil and abroad, but I have sympathy for Democratic Party with you Senator Bernie Sanders (http://palacazgrandesartigos.blogspot.com.br/2016/10/us-1100000000.html) and in Brazil by PT Party in social actions.

In order to operationalize SCCBESME HUMANITY, in order to carry out its projects, there is a need for high financial resources, through a partnership with some foreign foundation. And this one has not yet appeared. For the Brazilian civilization is not accustomed to making a donation, even of U $ 1. It is a people who are badly educated politically. Inflation is violently high; But the government camouflages the statistical data. 2014 - 6.41%; 2015 -10.67%; 2016 - 12.28%.

At the moment Brazil is going through a period of poor economic planning for workers and retirees since the government's goal is to fortify the oligarch millionaires, who represent 10% of the population; And which own 90% of GDP. Generating unemployment to the productive workers and, privatizing a large number of important companies for the strengthening of the State. We walked to be equal to a republic of Central America. Crime has passed the tolerable limit. And corruption is endemic, which gets to be very difficult to be honest to survive. But I'm going to fight!

I hope you have learned through your advisors about what I have done to improve the lives of the American people through my work via WEB. See the last work I completed after receiving your request. I have sent this link to the Protestant and Catholic religions of the State of Georgia. I hope the result is positive.Http://palacazgrandesartigos.blogspot.com.br/2017/01/a-powerful-rebuke-to-corrupt.html

My exposure is to apply for a monthly donation of $ / month, during 2017/2018 so that I will not stop fighting day and night for our causes. I know that the Democratic Party and OurRevolution cannot send donations abroad, but individuals quoting themselves can help me keep this effort going for a few years because my retirement is ridiculous and renting a property is reasonable. My savings are running out.

If it is possible to donate, follow SCCBESME HUMANIDADE through PayPal

Looking forward to news, I wish you,

Posted by SCCBESME- HUMANIDADE at 1:18 AM

Email ThisBlogThis!Share to TwitterShare to FacebookShare to Pinterest
2 comments:
1.

Posted by SCCBESME- HUMANIDADE at 7:40 AM